This is the moment that has been anticipated for some time: using statistics from StatCounter.com, market share values were combined for Chrome and Safari, the two major browsers that use the WebKit browser engine and matched against those of the Trident/MSHTML, the browser engine used inside of Internet Explorer. As the numbers show, WebKit rules the world as was previously predicted, but the moment could not have arrived at a better time–Google has announced that version 5.0 of their mobile operating system, nicknamed “Jelly Bean”, which uses WebKit, will be released in June, ahead of the release of Microsoft’s Windows 8, which uses MSHTML. Web development should be moving towards WebKit as the major platform, and this represents a drastic change from the market dominance that Internet Explorer has enjoyed for the major of the last few years. 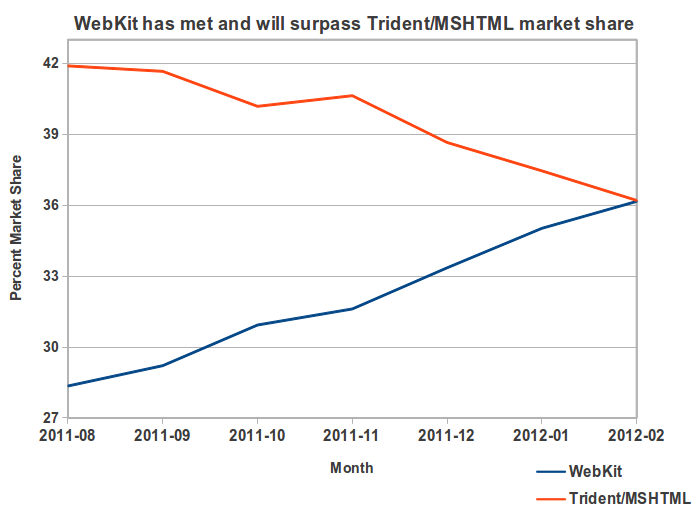